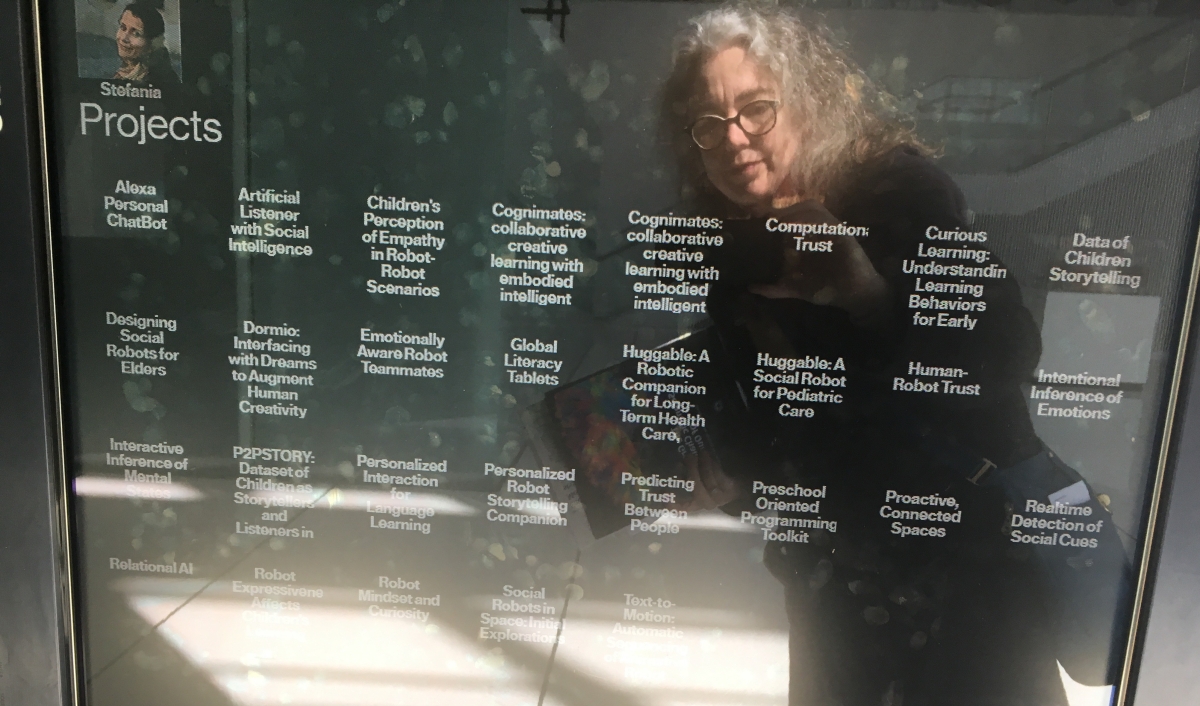 This spring I visited Boston for an education conference, and while there I spent an afternoon exploring MIT and Harvard with a friend. I wanted to see with my own eyes the spaces where these destructive policies of social impact investing (Harvard) and digital economics and Human-Computer Interaction (MIT) are being incubated. In many respects it truly embodied the banality of evil. One of my strongest memories was standing in front of the digital program board in the lobby of the MIT media lab (featured image).

As we scrolled through the list of initiatives, the weight of it hit me. Those technologists fully intend for our lives to meld with devices, and they are mining our data to shape future relationships with robots and virtual agents. They are also designing crypto economic and surveillance systems to constrain our lives in countless ways while the wonks at the Harvard Kennedy School of Government devise the policies needed to affect this transformation.

Their aim? To eventually turn us into social machines; literally, machines that can be monitored, nudged, and adjusted to conform to the expectations of the market or be discarded if we refuse. They want our relationships to be mediated through technology so they can maintain power over the masses at this increasingly unstable time. To be an offline human connecting with other offline humans risks toppling plans they’ve so carefully laid. To disconnect is a radical act.

Global finance is in the process of setting up social impact initiatives linked to “evidence-based” SEL interventions. It will require monitoring children receiving services indefinitely as financiers wager on who will become addicted, incarcerated, or the victim of a crime. It is a sinister business model that has no place in our schools. They need devices to capture the data; non-cognitive data; data that paints a picture of who you are now and who you are likely to become. It’s all about predictive analytics and the odds.

ESSA shifted the narrative to include “multiple measures” and “innovative assessments.” Now they have carte blanche to track everything related to school climate AND behaviors. SEL program consultancies and deal evaluators are bursting with excitement. Resources will pour into metrics to structure the financial deals, but probably not into actually fixing the problems that caused trauma in the first place.

So, when they pitch you on more recess and play, ask them if there is a catch. Ask if there are rubrics or devices or data capture? Chances are there will be, if not yet, soon.

Below are ten images I hope will shock people into action. When you hear social-emotional learning (SEL) and whole child education, peek behind the curtain, and this is what you will find.

Hatch Education’s WePlaySmart surveillance pre-school play tables capture real time audio and video on the social interactions of children “playing” screen-based games. The recording device is located in the hole in the table top behind the girl on the left. Background here. 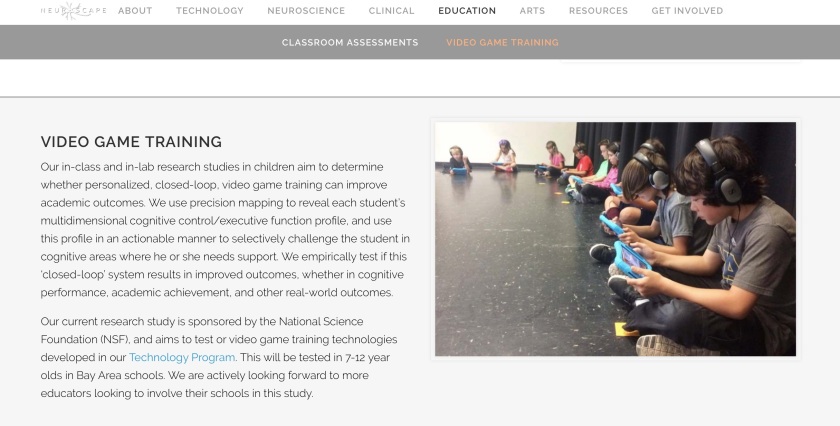 The Boston-based private Wildflower Montessori School franchise values social relations so much they insist on mapping them in real time using Internet of Things sensors placed in each child’s slipper, on the teacher, and around the classroom. One of the parents works at the MIT Media Lab, Social Computing unit. 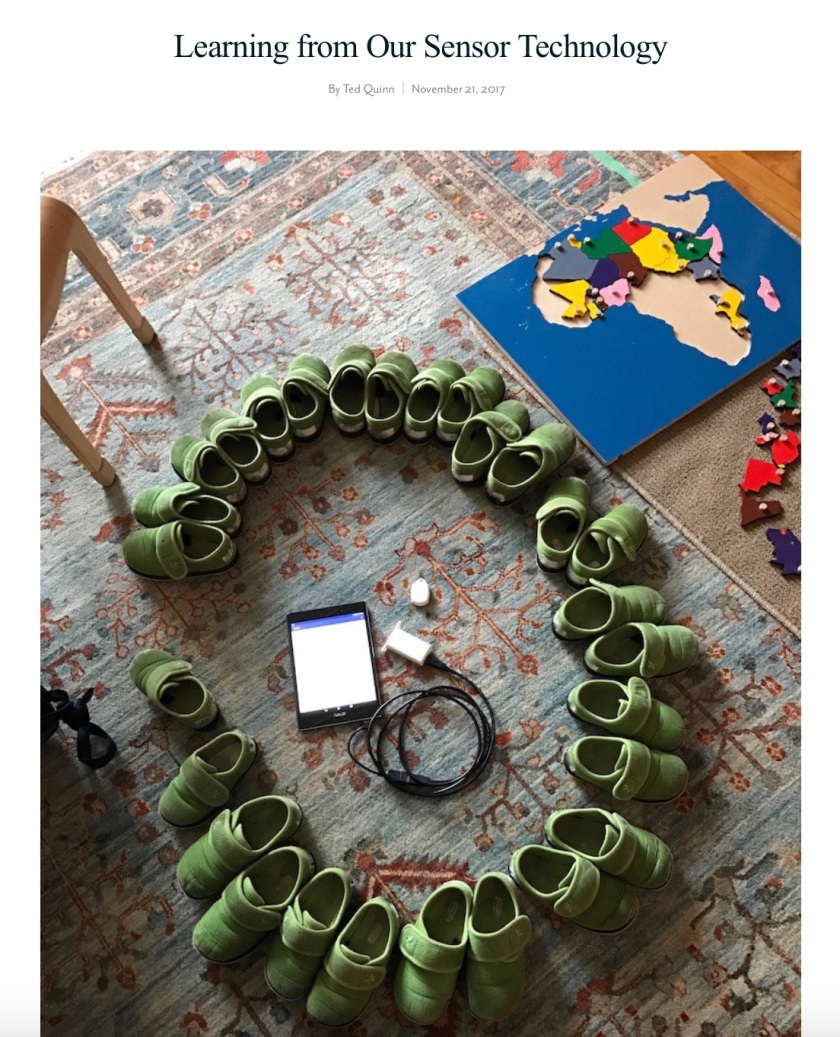 Project Empathy deploys virtual reality systems to promote “empathy” but also captures information, such as eye-tracking data, on users to ascertain engagement. It is being framed as a social impact investment vehicle where the metrics involved are the extent to which the experience changes people’s attitudes and behaviors. 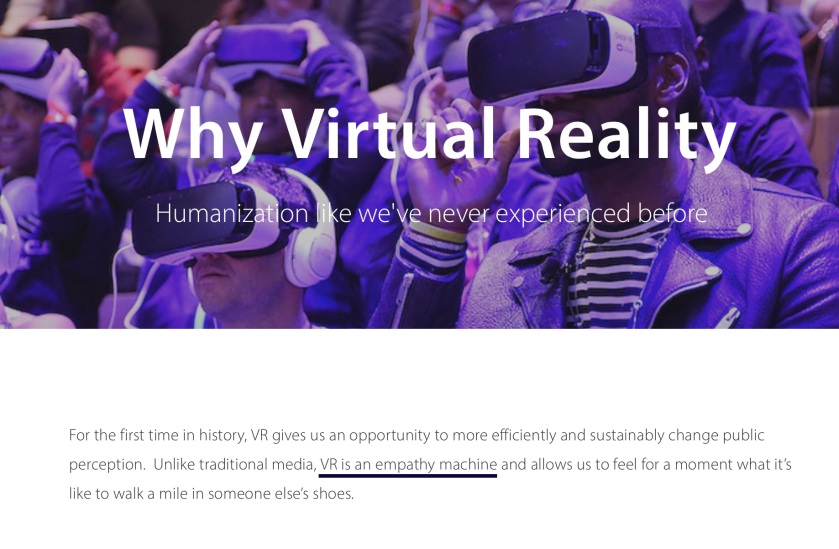 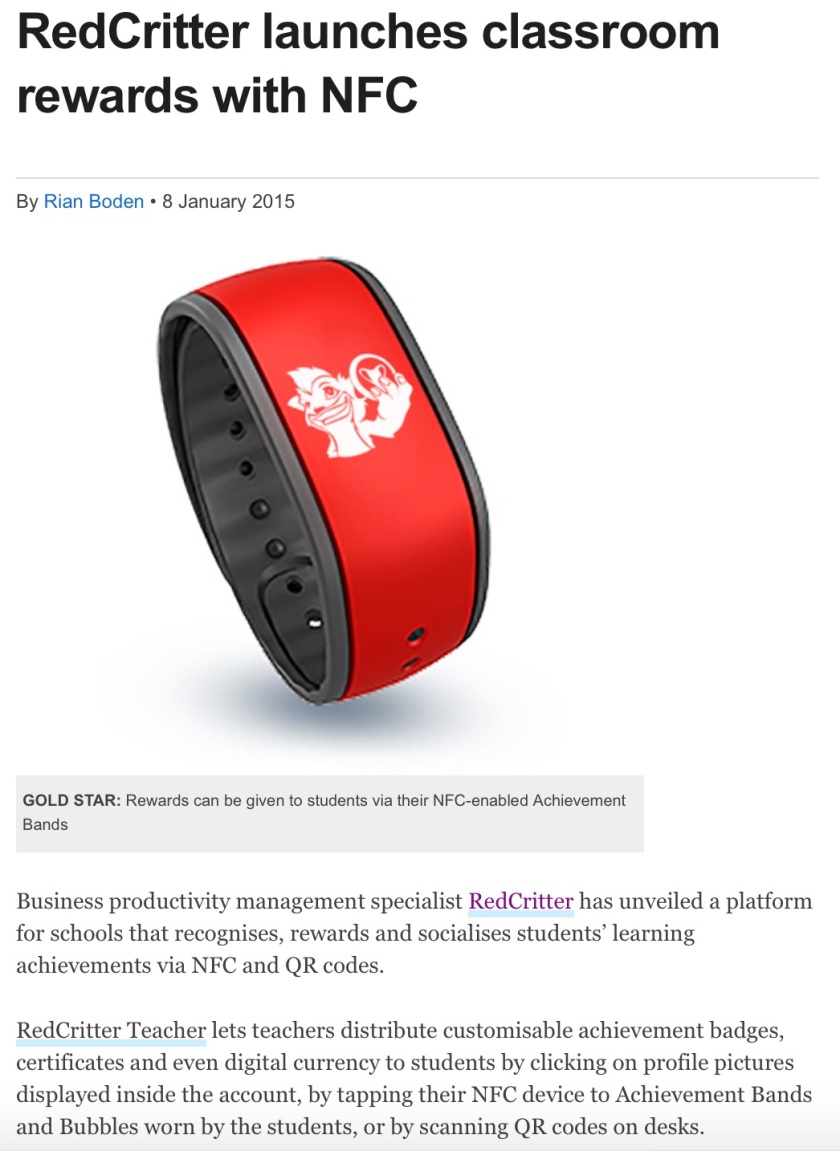 Now we know why ESSA expanded school evaluation to include “other measures.” It was to expand the market for campus-wide software systems that aggregate student behaviors like tardiness. The company states that its child-as-barcode platform integrates well with SEL programs like: PBIS (Positive Behavioral Intervention and Supports), RTI (Response to Intervention), and MTSS (Multi-Tiered System of Supports). 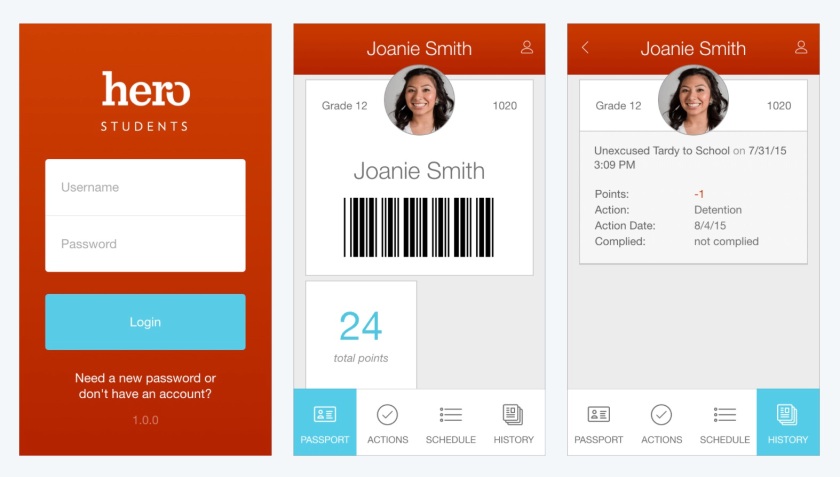 The Mastery Transcript Consortium is a group of mostly elite private schools that are developing an alternative transcript rooted in competency based education. In this model, “soft skills” are as important as academic knowledge areas. The consortium’s advisory board includes many leaders in Ed Reform 2.0 and has been funded through a large grant from the Edward E. Ford Foundation, which has ties to IBM. In the sample transcript below all of the featured credits pertain to Joseph Smith’s habits of mind. 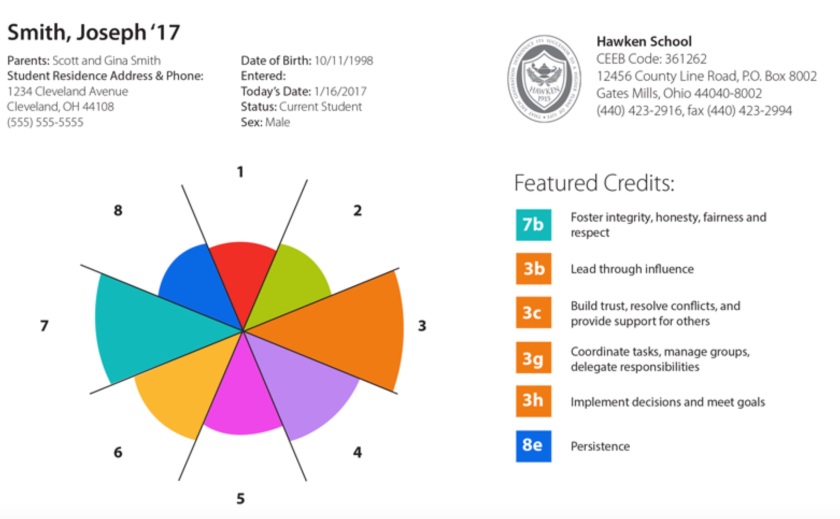 The business model of Playworks, a recess management non-profit whose largest funder is the Bechtel Foundation (a major defense contractor), is that play shouldn’t be left in the hands of amateurs like children. As schools have been stripped of support staff, many have a hard time finding adults to oversee recess. This paved the way for Playworks to insert itself into 7,000 schools nationwide. They’ve now developed a “Great Recess Framework” to measure and assess “safe and healthy play.” Should children have access to safe spaces for free play? Definitely. Do we need a national organization partnered with data harvesters like Salesforce to make that happen? No, we don’t. 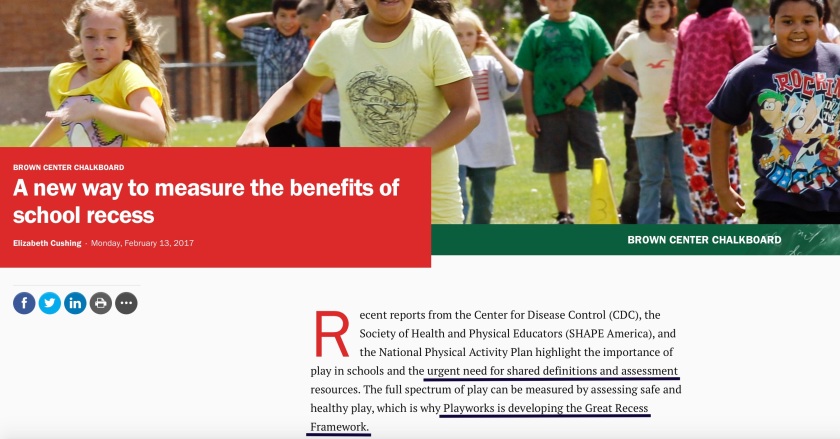 Brainco, spun out of Harvard’s Innovation lab in 2015, developed a wearable headband to track student engagement via brain wave monitoring. FocusOne gathers data on individual students to encourage self-reflection. It also aggregates class-level data for teachers to assess the effectiveness of instruction and identify who is and is not participating in small group discussions or projects. Data collected via the devices is compiled in a massive brainwave database Brainco uses to refine their algorithms.

The PBS Kids app has been downloaded over 45 million times. They are a leading content provider to children ages 2 to 8 years old. They have been awarded hundreds of millions of dollars by the US Department of Education to develop behavior tracking games in coordination with evaluators like UCLA CRESST, which also does defense contracting. In the Daniel Tiger game a child hosts a tea party with avatar “friends.” Game play is monitored, and if Daniel does not socialize appropriately, say distribute the cookies equally, he is corrected. All of the child’s interactions are monitored for evaluation. Parents are encouraged to download an app that lets them see the dashboard of this activity. Background here. 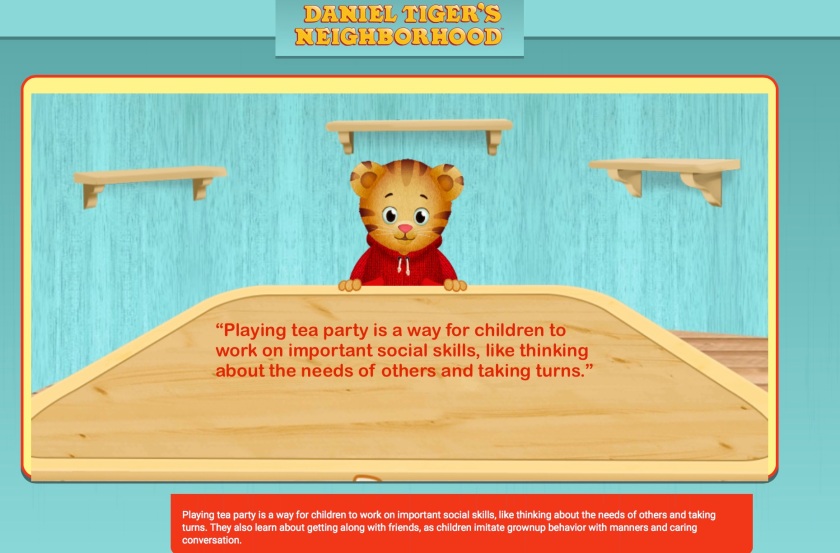 3 thoughts on “Our Future As Social Machines?”